Skip to content
Posted by Muniu December 5, 2017 under how to

One of the major drawbacks of Chromebooks has been the inability to install the Microsoft office suit. The suit that has Microsoft Word, Powerpoint, Publisher, Excel. Chromebook users have been forced to use Google’s alternative, Google docs.

While Google Docs works, it’s obviously not as efficient and as feature packed as the applications in the Microsoft office suit. But things have changed for the better. You can now install Microsoft office apps on your Chromebook.

How To Install Microsoft Office Apps on a Chromebook: 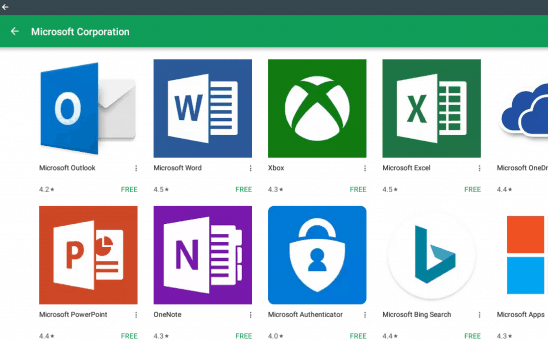 According to Microsoft, all the applications are free like they are for Android devices unless your device has a screen larger than 10.1 inches. Then you’ll need a Microsoft office 365 subscription which starts at $6.99 per month.

This subscription gets you the creation and editing features of office 365, 1TB worth of OneDrive cloud storage and a license for the desktop version of Microsoft office.

But if you just need a simple office suit without all the extravagant features, Google docs suite will do just fine.

Also Read:  Turn your old computer into a Chromebook?