Skip to content
Posted by Muniu January 20, 2017 under how to

Do you have an old laptop or desktop computer at home that is so painfully slow, you had to buy a new one and now you don’t know what to do with it?

Selling it on E bay or Amazon would be the way out but you’ll find that nobody really wants a slow laptop in this day and age.  Our windows operating systems are getting more and more complex and require fast processors and big memory. Check out Windows 10 system requirements.

A Linux operating system would be a good alternative because it’s light weight wold allow it to run smoothly on your old sluggish specs laptop or computer but most people don’t want the complexity of that operating system. 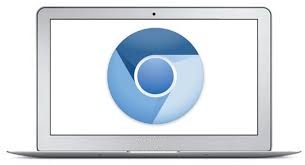 The solution most people would be comfortable with is Chrome OS.  Turn your laptop/PC into a Chromebook by installing the Chrome OS (Chrome operating system).  Chrome OS is a cloud powered operating system that requires very little of your system resources and will run very smoothly on your old computer.

How To Install Chrome OS on Your Old Laptop:

Google’s version of the Chrome OS is not available for users to install on their own hardware but there’s an open source base platform called Cub Linux.  It’s a Linux based operating system designed to replicate Chromium.

A flash drive with at least 1GB storage. It’s better to wipe it clean or transfer its contents to another location.

Download and install Rufus on your current computer. A free utility for creating bootable flash drives.

Plug in the USB flash drive and and launch Rufus on your current computer.

When your flash drive is ready, plug it into your old laptop or computer and boot from the flash drive to install your new light weigh operating system that looks and feels almost exactly as Chrome OS on Chromebooks.

This activity will wipe your system clean to give it new life.  If you have important data on your old laptop,  transfer or back it up elsewhere before you start this process.

This Chromium OS will not be exactly like the official Chrome OS but it will be close.  Key differences include lack of updates and important utilities.  But you will find a way of having the installed as you continue.

Also Read:  Why You Need a Laptop Stand.