In Windows 7, we could play DVDs easily through Windows Media player. But when Windows 8 was launched, the DVD playback ability was moved to Windows media center which was then scrapped in the move to Windows 10.

So now we have Windows 10 as the most recent and clearly the best edition of Windows, but there’s no native support for DVD and Blue-ray playback.

This is mostly because optical drives are no longer a thing in modern computers. Most laptops today don’t ship with optical drives built in. This is obviously in an effort to make them more portable considering the amount of space they take up. Also, for better battery life considering how much energy is needed to spin disks and laser movement. In fact, the last desktop case I bought didn’t even have provision for an optical drive.

But to be fair, most of the content today, that would have been on DVD’s is digitally distributed. From movies, TV shows and even games. Everything is available through the internet. It only made sense for Microsoft to remove DVD playback support from Windows Media player in Wndows 10 and save that licensing money for something else.  But if you’re a hard core DVD and Blueray fan, here’s how you can still play DVD’s and Blue-rays on Windows 10.

How To Play DVD On Windows 10

If your desktop or laptop does not have a DVD drive, you could purchase one from Amazon. They are usually light,  portable and very inexpensive. When shopping around for an external, try to find one that is compatible with both Windows computers and Macs.  External DVD Drives. 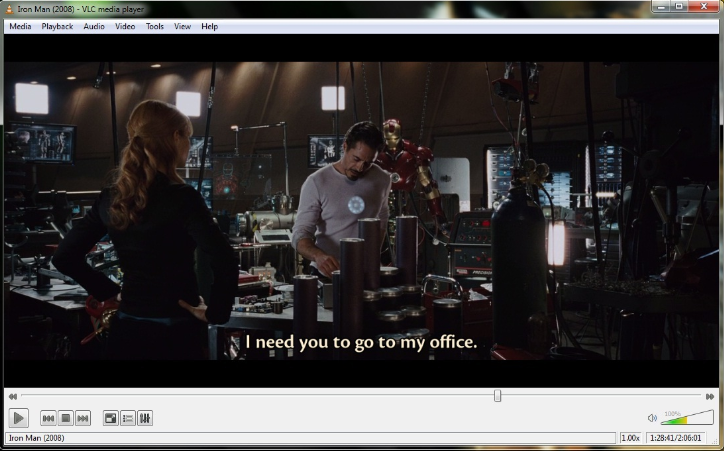 Even with an optical drive,  whether internal or external, you’ll still not be able to play DVDs with Windows Media player. Fortunately there are alternatives you can use.

The best candidate for this has to be VLC Media player. A robust open source media player that consistently delivers. It will effortlessly play your DVDs and Blue-ray discs.

VLC does many other things and is feature packed enough to have it on your computer anyway. It’s usually one of the first pieces of software I install on my computers and smartphones.