Skip to content
Posted by Muniu September 20, 2016 under Android

The first Android operating system was released in 2007 and since then, Google and co.  have been improving the operating system and have turned it into a modern day mobile platform that can compete with Apple’s iOS.

Since the first version was released,  they have released new versions every year, with added features and functionality to cater for modern day user needs.  Every version that is released is more powerful and more efficient; most of the time anyway.

The versions have numbers and names. The versions themselves might have updates usually to fix an error or a bug in that version.  You can tell what version of Android operating system you are running on your device and here is a brief break down of every version. 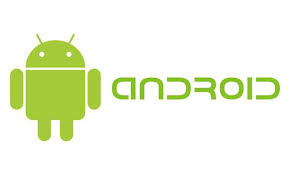 This is where it all began in September 2008.  A simple OS with a YouTube app, Google maps,  Gmail Synchronization and a simple web browser.  Android was barely known by anyone as people still used Nokia’s Symbian and Samsung’s Java.

Barely three months after Banana bread,  Google released a new version that had bluetooth,  video recording and playback and a keyboard with text prediction.

In this version,  Google added a gesture framework that allowed users to control some features using gestures. Google also added turn by turn navigation.  The technology we use to mostly play games today; especially in driving games where you tilt the phone to change directions.

Released in May 2010, the Android browsers could now support animated Gifs and support file uploads. USB tethering was also first introduced to the Android platform at this stage and the ability to install applications to the expandable memory.  There were also general speed improvements in this version.

In December 2010, Gingerbread was released.  This ewas the first version to support video calling. There was also improved copy/paste and keyboard use.  This version also inroduced Near field communication to Android devices.

At this stage,  Google added developer features to the Android OS.  Developers could create apps and test them from their devices running this operating system.

Update 2.3.4. added voice chat using Gtalk.  Update 2.3.6 fixed the problem that was there with voice search.

This version had better tablet support that the previous ones. It also started multi core support and this helped to make devices run faster and more efficiently.  This version also saw the beginning of game pad and joystick support and resizable home screen widgets.

Viewing of recent applications started in this version back in Feb 2011.  Updates in July and September saw the optimization for a wider range of tablets,  and introduction of automatic updates to the app store.

An update in 4.0.1 introduced face lock using facial recognition to unlock your phone. web browsers in this update were able to support upto 16 open tabs.

Introduced in July 2012, the major changes in this version were the introduction of wireless charging and the 4k resolution support.

This version was first released in October 2013.  The main improvement was the addition of screen recording.  Users could do screen casts of their device screens.  Subsequent updates mainly fixed bugs and enhance security.

When it was released in October 2014,  it introduced an improvement in battery consumption.  An update (5.1) in March 2015 introduced the multi sim card support and the ability to lock your phone if it is lost or stolen.

This is currently the latest Android operating system.  This version has better performance than its predecessors. The multi window mode is the biggest improvement in this version.  It handles multi tasking better.