Skip to content
Posted by Muniu July 18, 2016 under Android

Since the first Android device was launched,  the manufacturers of phones and tabs have been building better, more powerful devices with more memory.  Google has also been making the Android operating system more powerful and more user friendly.

For this reason,  developers of Android applications have had the freedom to build bigger and better applications. For your device,  this means more memory,  more battery life and more data used up.

The applications running on our Android device use up system resources like battery,  memory, processor and data.  Sometimes your phone may become slow or grinds to a halt (hangs)  and you don’t know why.  More often than not,  one pr more of your apps are using too much of your system resources.

With a fairly decent Android device running atleast Android version 4.4 kitkat, you can tell how your applications are using the available system resources.

There are two kinds of memory on most phones, tabs, computers and any other electronic that runs an operating system.  The storage memory and random access memory (RAM). 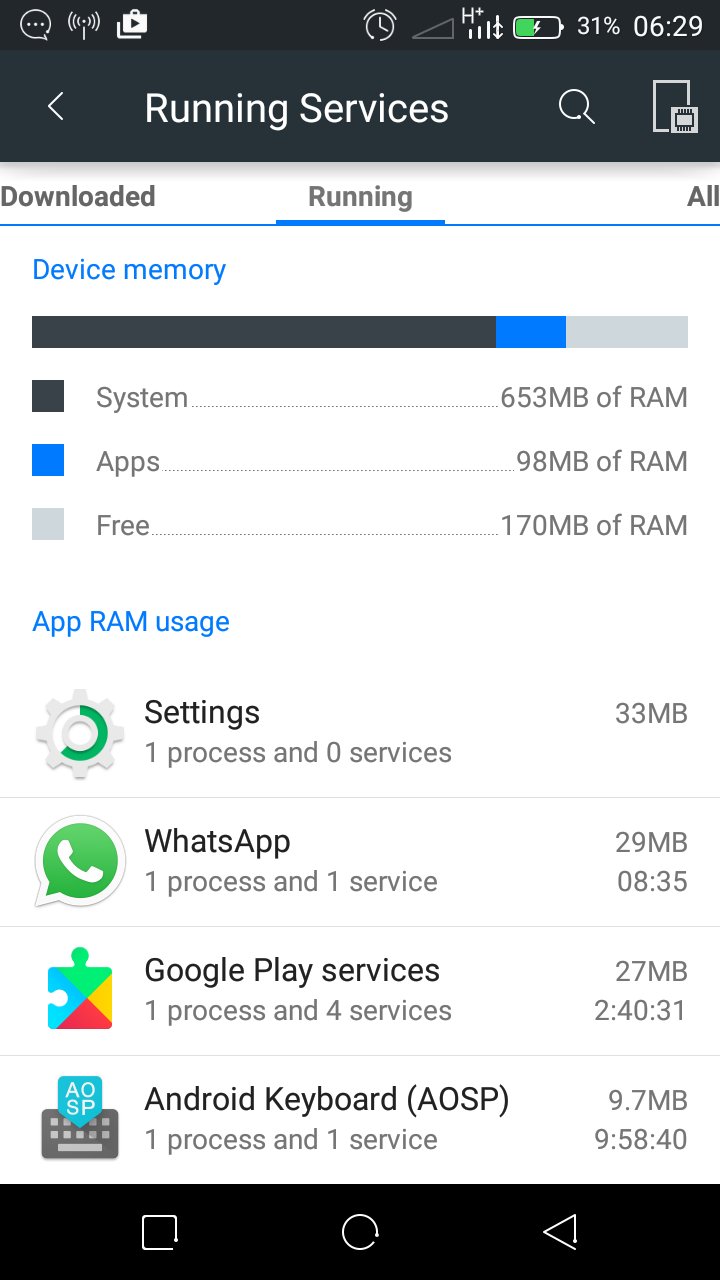 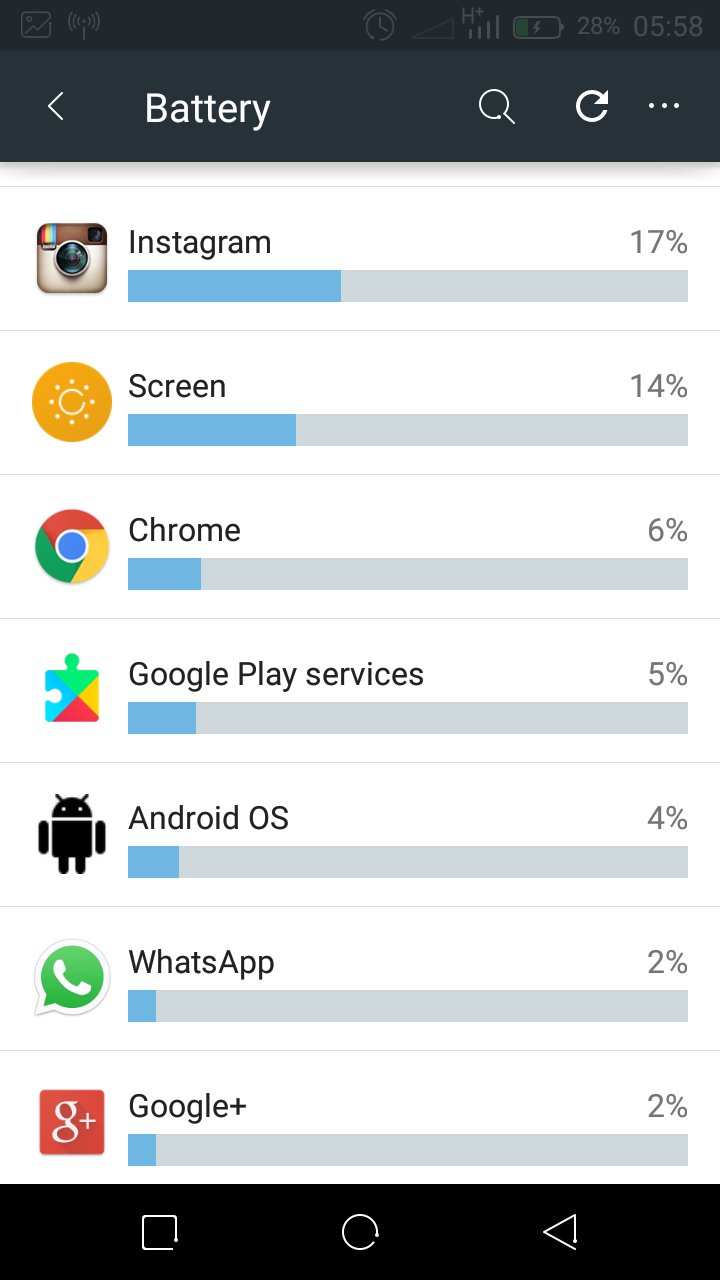 You’ll be concerned about which applications are hogging the most data on your phone especially if you are using a paid data plan.  Checking this is easy. Tap on settings from your device menu. Then select Data Usage.

You should see a graph showing your total data usage over the last month.  Then you’ll see a list of all the apps that use data and how much data they’re using. 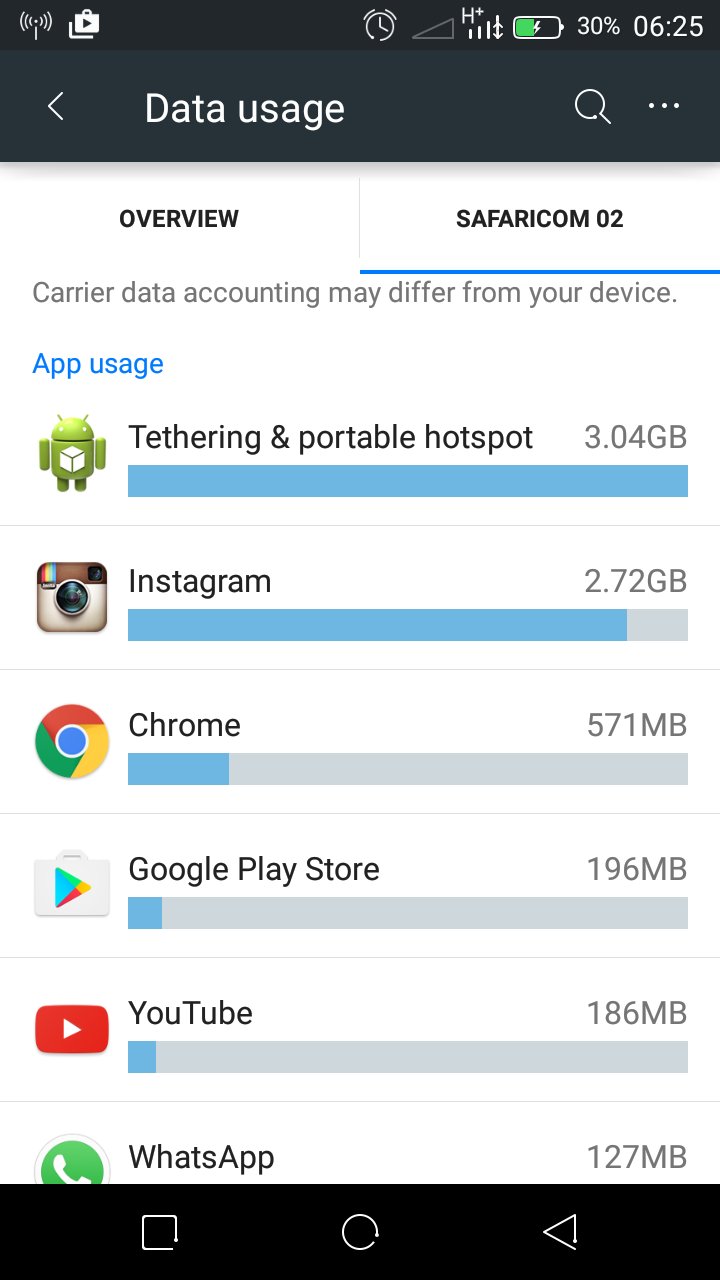 That’s about as much as you’ll get from the operating system.  If you want  more detailed data,  including processor usage information,  you will have to involve a third party application.

There are plenty of applications on the app store that will give you your system information including your Android CPU usage.  To be frank I haven’t used any of these applications due to security concerns so I will not recommend any of them.

My way of knowing which apps might be using the most CPU is quite simple.  If an app is using a lot of battery,  RAM and data,  then it’s probably hogging a lot of the CPU. Most of the time it’s true.