Skip to content
Posted by Muniu March 9, 2017 under how to

When signed in to Google Play Store with your Google account, you can see a list of all the apps you ever downloaded on any Android device you ever had.

When you buy a new Android phone and sign in with your Google account,  the apps you had on a previous /android device don’t automatically get installed on your new device.  So if you were looking for that handy app you used years ago on a different phone, you can find it in the Google Play store.

Launch the Play Store app on your device, then tap on the menu in the upper left side.  From the menu,  tap on “My apps and games”.  On the My apps and games page, tap on the ‘ALL’ tab to see a list of all the apps you have ever installed on Android while signed in to your Google account. 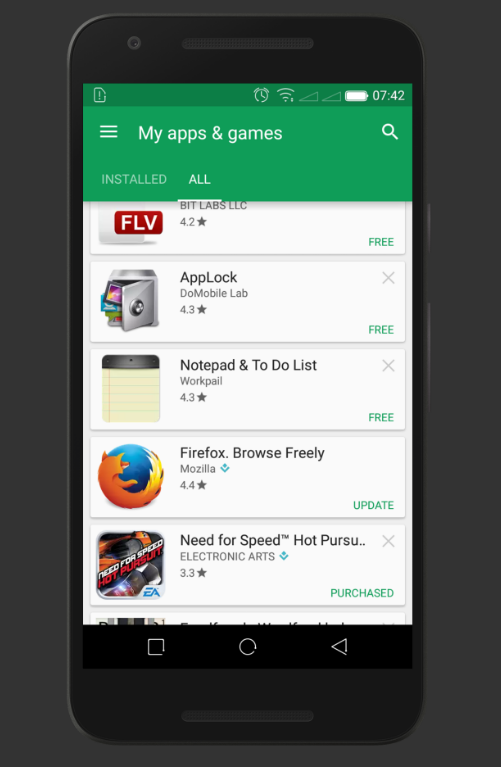 While viewing the list of Android apps,  you can see the ones you purchased and the ones you installed for free. You can easily re-install an app into your current device by touching and holding it,  then select ‘INSTALL’.

For an app you purchased, it will read ‘purchased’  on the list and Google will remember that you paid for it.  That means you can re-install it as long as you’re signed in to the same Google account. If it was a subscription payment form and the subscription period has expired, then you’d have to pay a renewal.

The same list can be viewed from the web on the Play store website by following this link while signed in to the same Google account.