Skip to content
Posted by Muniu February 8, 2017 under how to

The world has 6,500 spoken languages while the average person speaks 2 languages on average. In today’s era of communication and globalization, there has been an increasing need for people who speak different languages to interact and communicate.

Professional translators for many years, were people who knew quite a few languages and were hired to establish a communication links between two parties who didn’t speak the same language.  The translator listened and translated the information. While translators still exist in today’s worlds, they are scarce and costly. If you need to communicate with someone at a party or on the streets quickly, you can do it using Google Translate.

Google Translate is a translation tool designed by Google to translate languages. This tool is available on the web as well as on your mobile devices.  Android and iOS.  Google translate on a computer or a smartphone is more accessible and proficient than a professional translator in 2017.

If you’re in your office or in the field with the person speaking a foreign language, simply open any web browser and go to translate.google.com or launch the Google translate app on your smartphone. Select the language you speak on one side and the language the other person speaks on the other.

Then you can Exchange sides so that he speaks into the microphone, a response to what you just said.  Google translate will then translate it in text to your language. If you want to listen, just click on the voice icon to listen to the translation. 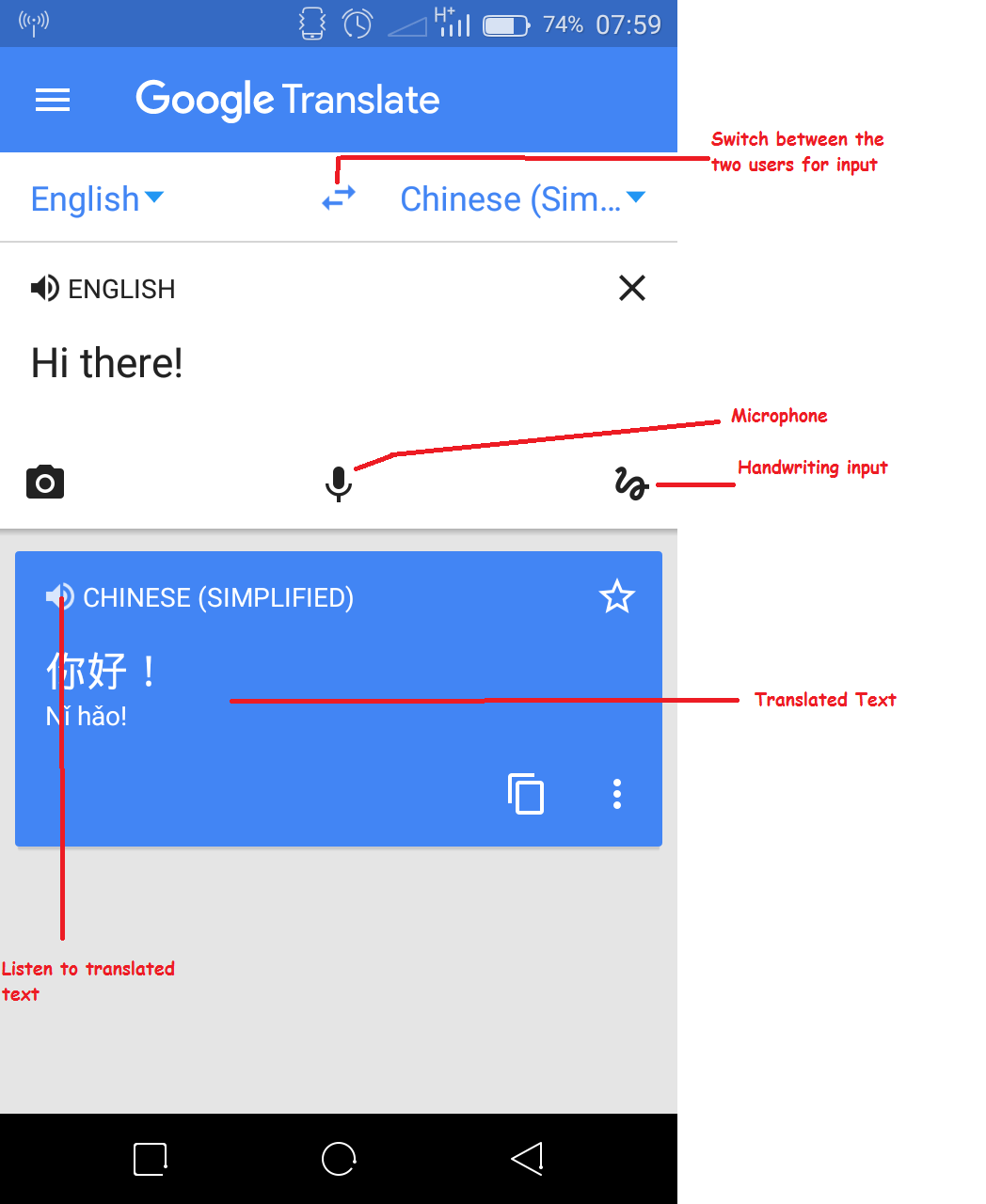 Google translate can translate up to 5000 characters at a go so long sentences shouldn’t be a problem.  The Google translate knowledge base is capable of smoothly translating over 100 languages and contributions from people are making the translations better end better every day.