Skip to content
Posted by Muniu November 29, 2018 under how to

Apart from the fact that Google docs is a robust, multi platform, cloud based service,  I like the fact that it automatically saves the changes you make in real time. So that means if you leave hurriedly or your computer crashes while you’re working on either docs, Google sheets or Google slides, you’ll never loose your work.

What if you deleted a paragraph o two and now you want it? What if you want a previous version of the Google docs, Google sheets or Google slides file. How do you get it back?

While he service saves your work and progress in real time, it also keeps copies of previous versions of the documents. To access these, while the file is open,  click on File then select Version History –> See version history 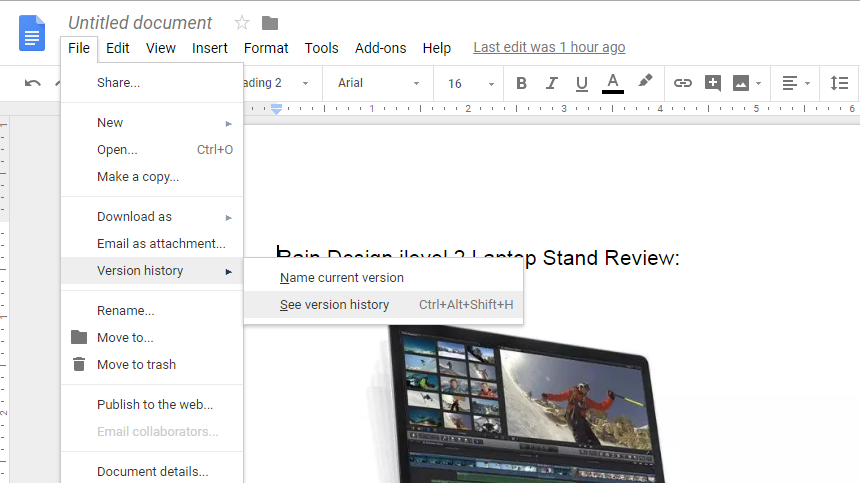 Click on any change and you’ll see the changes that were made on that particular date. If you’re collaborating with others on the same project,  you’ll also be able to see who made that change. This works for Google docs,  Google sheets and Google slides.

You can either pick what you want from the previous version or you can restore that version as the main version of the file that you’re working with. If you do this,  the current version wil still be stored and you can see it later when you access Previous versions again.