Skip to content
Posted by Muniu March 6, 2017 under explained

In 2014, Google released a camera app called Google camera that any user with Android version 4.4 could install. The app was a huge improvement compared to the native stock android camera app on any Android run device. 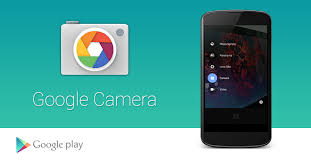 The Google camera app changed the way we took photos in 2014. Introducing a new GUI,  different high resolution mode and several other features that made it a superior camera app. Life Hacker even wrote on how to get the most out of the app. Read here:

The app has been pulled out of the play store. User’s are now stuck with the Stock Android camera app or third party camera apps on the Play Store. You can download the APK file from a trusted source like APK Mirror but it will only work on Google’s hardware.

Google removed the Google camera app from the Play store although it’s still available for download unofficially through APK file distributing websites like APK Mirror. It is available for all Android devices running Android KitKat and later versions.

To install Google camera,  go to your trusted source of APK files and download the latest version. Install it like you would install any third party app.