Skip to content
Posted by Muniu February 20, 2017 under about

Some QR codes open unwanted spam or download links on your phones some of which might be harmful. Because of the ease of making these codes, people using QR scanners to open links have become easy targets for these malicious links.

The main security threat when opening a link through a QR code is that you can’t actually see the link until it’s open. That’s dangerous especially if you are not sure about the source of the QR code. There is a solution to ensure you only open safe links when scanning qr codes.

Kaspersky QR scanner will scan QR codes, determine the destination of the link and it’s safety before it opens the link. Harmful or suspicious links will be stopped from opening automatically.

Now that I have mentioned Kaspersky, you should already be feeling safe. Kaspersky Internet security company have created a QR code scanner that goes a step further than other scanners.  It detects malicious and suspicious links and warns you about them before you open them. 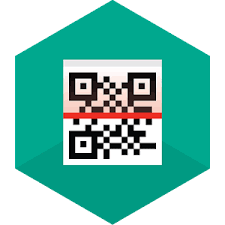 How The QR Scanner Works:

The QR code scanner from Kaspersky uses the company’s database of bad links to compare and determine whether a link is potentially safe or not. The QR code scanner also has its own browser to open the links it scans. The browser also has it’s own security enhancements in case a bad link passes through, it will not be opened by the other vulnerable browsers on your smartphone.

The QR code scanner, keeps a log of all the scanner QR codes so you can revisit the later. It also saves contacts in your phone when you scan someone’s QR code on their business cards.

The Kaspersky QR scanner is completely free for download for both Android and  iOS users. There are no ads or the option to go premium. All the features are free.

The main con of this QR scanner is that it only scans QR codes. It will not support any other type of bar code. Many other QR code scanners will scan bar codes too but they don’t detect and warn you of malicious links. So if you want to scan bar codes, you might need a separate app for that.