Skip to content
Posted by Muniu August 15, 2018 under Review

It’s official now that the latest Samsung Galaxy phone, the Galaxy Note 9 is out! It’s bigger and better than both the Galaxy note 8 and the Samsung Galaxy s9+. At first glance you might be forgiven to think you’re looking at last year’s Smartphone of the year winner, the Galaxy note 8. They look very similar but there are subtle differences and even bigger ones on the inside. 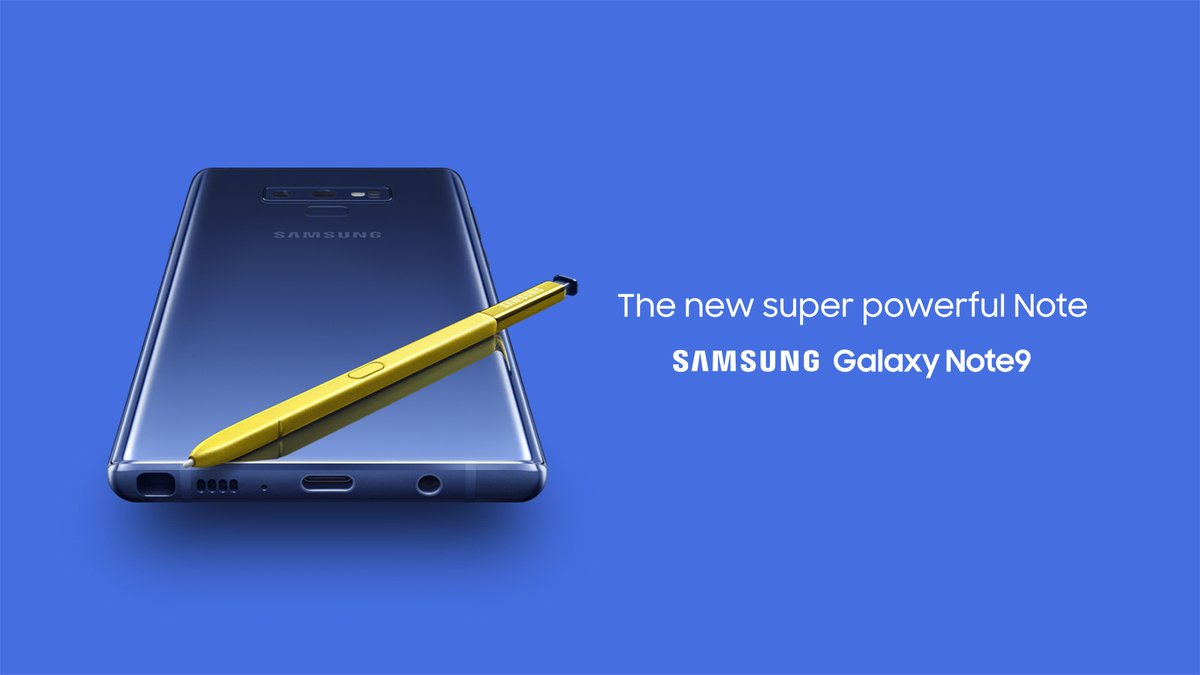 The Note 9 is at the summit of high end flagships so it’s definitely rubbing shoulders with iPhone X in the $1000+ territory. So does this phone stack up? Does it take its place as the Samsung in charge of 2018?

Most people think the design is boring because Samsung isn’t bringing anything new and exciting to the table but I disagree. When you have a smartphone as good and as complete as we had in the Note 9, it’s very difficult to come up with different new features and designs when people already like the current design.

But still, Samsung went out of their way to give us new colors; so now we have: lavender purple, metallic copper, ocean blue and of course midnight black. It’s still the glass back for even faster wireless charging than we had last year,  which is a welcome improvement. 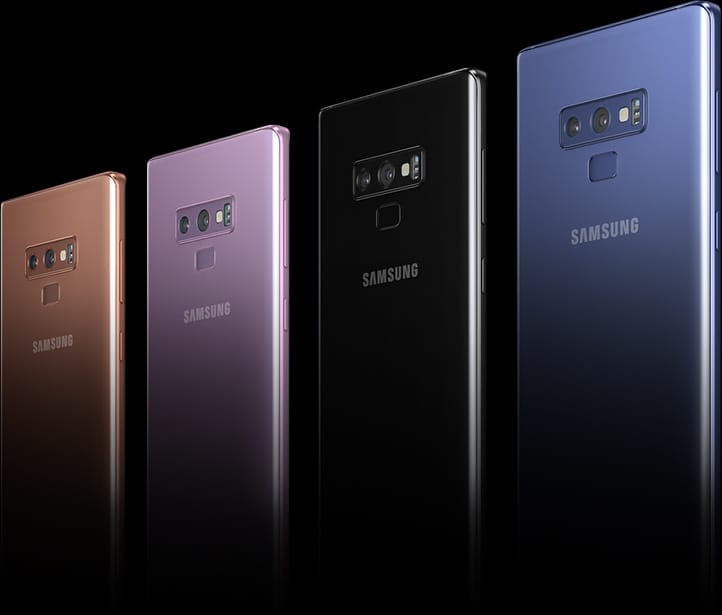 The fingerprint scanner has been moved to a better position after we all complained about it’s placement in the Note 8. Now it’s separate from the camera and you’re less likely to smudge your camera glass trying to scan your finger. I still think it should have been moved lower than it was because the phone is really huge; but I’ll take any improvement when I see it.

Besides those subtle changes in the design, the Samsung Galaxy Note 9 is still your top notch Samsung Note. Still the same boxy shape with curved edges, still a glass back, still has a headphone jack, USB type C, IP68 water and dust resistance, clicky buttons, an S pen and a gorgeous display.

One of the major improvements of the new Galaxy Note 9 is a revamp of the S Pen. This time it has more features and is capable of much more functions than the regular stylus it was. This time the S Pen has Bluetooth connectivity, a battery and a button. The S Pen connects to your phone via bluetooth and can be mapped to perform various functions in various apps on the S9. 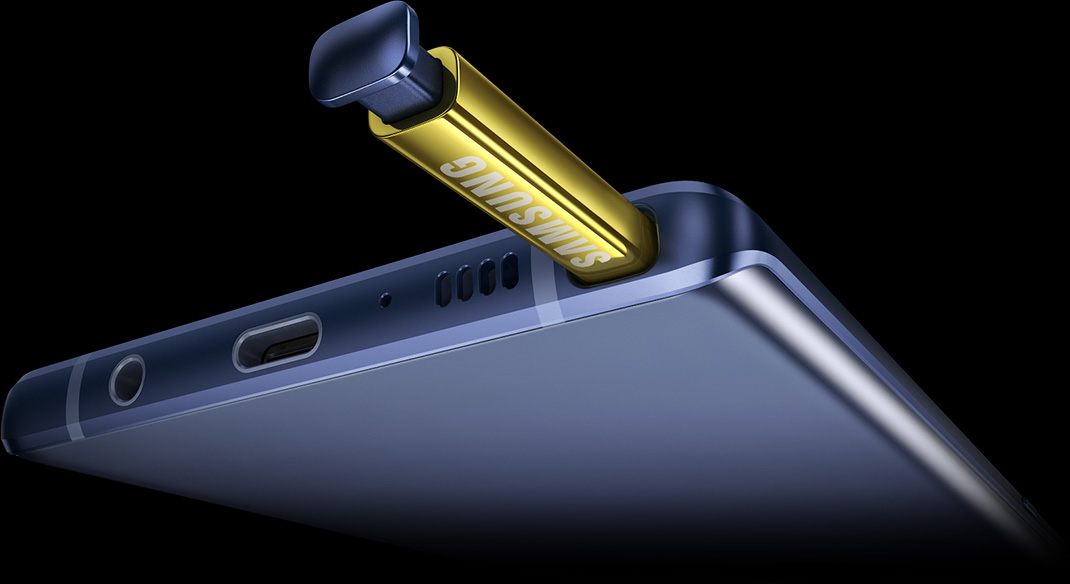 For instance, right out of the gate, long pressing the S Pen button launches your camera, a double press switches to the front facing camera and a single press will take a photo. Functions like this can be mapped onto the different apps on the phone.

The fact that it has bluetooth means it now has a battery that needs to be charged. The S pen is charged as soon as you put it back inside the phone and it can get up to 30 minutes of charge in 40 seconds. The S pen color also matches the color of the phone.

Just like in last year’s Note, Samsung is using the quad HD Super Amoled display. It’s slightly bigger by a fraction but it’s still maintains the same resolution, the same brightness and vibrancy of its predecessor. 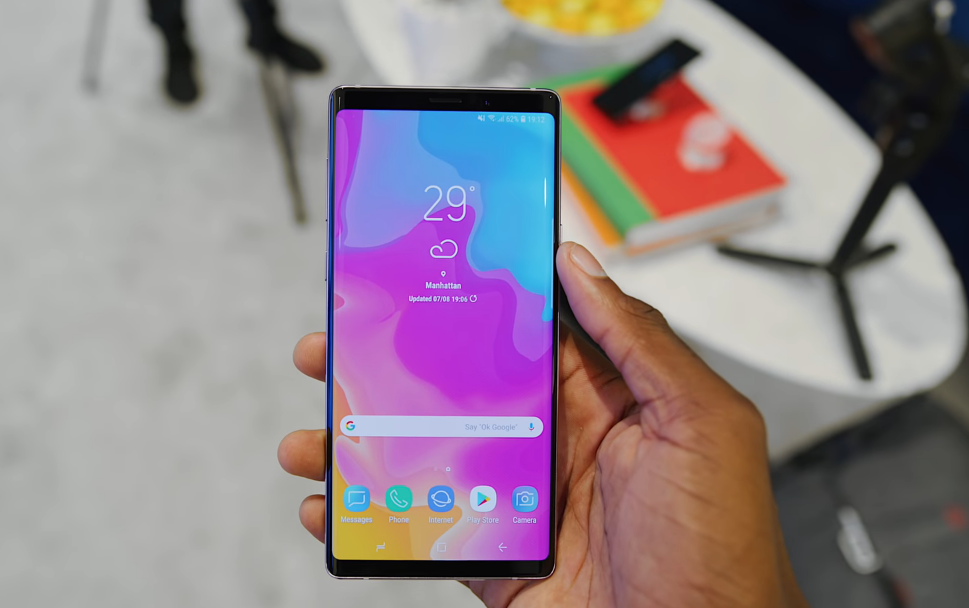 I’m particularly glad Samsung wasn’t drawn into the notch madness and they maintained the trend they had in the Galaxy s9+  Not notch here,  which is great to see. They try to keep the bezels as thin as they can to make the phone look awesome.

Nothing much has changed here, it’s still a gorilla glass 5 protecting the display and melting into the frame for that curved look and feel. This in my opinion is the best display on any smartphone so far.

Inside the phone is where we see the biggest changes in the Note 9 as compared to previous note phones. The baseline version of the Galaxy Note 9 has 128GB of internal memory and 6GB RAM.  Then the other one has 512GB internal memory and 8GB of RAM.

And the S9 still has a micro SD slot that you can slip in a 512GB sd card in case you need more storage and literally carry 1TB of storage in your pocket. I’m not sure this is particularly necessary in this day and age but it’s nice to know it’s there if you ever need it.

The flagship is rocking a Snapdragon 845 chip which is currently the best and the fastest in the business and this time, in Samsung’s attempt to make the Note 9 appeal to mobile gamers, there is an improved cooling system they call ‘Water carbon Fiber cooling system’.  This has a larger heat spreader to dissipate heat coming from Fortnite, which is coming to the Note 9, and other resource intensive games.

The Galaxy Note 9 has an improved camera,  at least from the previous Note. It looks more or less like the camera we had in the S9+. Dual cameras at the back look promising. The main one is a 12MP sensor with the variable aperture we saw in S9 between f/1.5 and f/2.4 The secondary camera is also a 12MP sensor with a telephoto lens capable of up to 2X optical zoom.

At the front, is an 8MP camera sensor with f/1.8 aperture lens. Both the back and selfie cameras have the same specifications as the S9+ but we’ll have to test them out to see exactly what they can do in the full review.

With all these improvements and the S Pen that needs charging, this phone needed a big battery. I’m glad to see Samsung pushing the Note battery again after the Note 7 disaster. The Galaxy Note 9 has a 4000mAh battery. I can’t wait to see how the battery life fairs compared to other Samsung phones.

I can’t really tell you whether this phone is worth it’s price tag but it does look promising. The new features are getting me pumped up for this phone and I can’t wait to use it and get back to you with a full review.