Skip to content
Posted by Muniu September 6, 2016 under iPhone, Review

The iPhone 7 is out folks! On 7th September,  Tim Cook took to the stage and announced Apple’s latest flagship smartphone.  The iPhone 7 and iPhone 7 plus.  As usual,  we always expect better design, camera,  processor, memory and other improvements.

Most of the expectations we had have actually come to pass.  The leaks we’ve been reading about on blogs are actually true.  The models we saw were pretty accurate.  Well, most of them!

The design is more or less, what we had with last year’s flagship.  Same shape as the iPhone 6 and iPhone 6 plus respectively.  Same weight and same look,  although the iPhone 7 has a cleaner top and bottom because the antenna bands don’t go across. 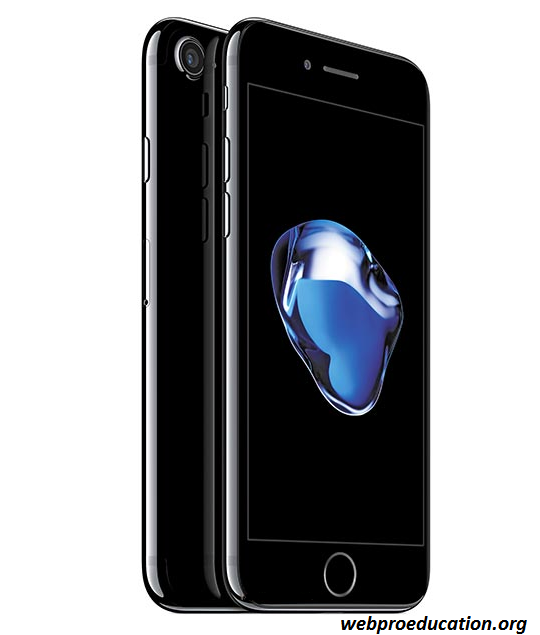 The iPhone 7 comes in more different colors  i.e Silver,  Classic gold,  pink (rose gold), Matt black, and jet black. The dimensions of the iPhone 7 and 7 plus match their predecessors in almost every aspect.  Most people predicted we will get a thinner iPhone with the removal of the 3.5mm jack.  Although the jack was removed, we still have the 7.1 mm thickness we had in the iPhone 6.

The home button in this new flagship is different.  It’s still at the same place,  it still looks the same but it feels very different.  This is because the button doesn’t click any more.  It’s a glass button that uses pressure sensitivity to execute commands.  More like a touch pad but you need to apply slightly more pressure with your finger for it to respond.

The iPhone 6 and 6 plus was allegedly water resistant. But now it’s officially official.  The iPhone 7 and iPhone 7 plus are water and dust resistant.  It’s water resistance can withstand pressure of 50 meters depth.  That’s very deep! So you can Face time in the rain or in the shower!

Something else Apple has built into the design of the iPhone 7 is stereo speakers, with one at the top and one at the base of the handset. That should give you better, louder sound.

The display size on the iPhone 7 and iPhone 7s is the same as the displays in their predecessors.  The screen resolution is also the same.  The iPhone 7s have a brighter display though.  It’s actually brighter than the iphone 6 by 25%. This should give you a brighter,  bolder visual experience on the new flagship.

This has been the main talking point over the last few weeks.  Most of the leaks and rumors suggested the removal of the old school 3.5 mm jack in the iPhone 7.  Most people were not sure what was coming instead. But now we know.

The new iPhone 7 has no 3.5 mm headphone jack.  And nothing to replace it.  You will use the lightning port to connect the lightning ear pods packed together with your new iphone 7.  A lightning to standard headphone jack adaptor will also be packed in your iPhone 7 box so you can continue to use you old ear/headphones if you wish.

Apple also introduced their wireless ear pods.  They’re calling them  ‘Air Pods’. It’s easy to tell why! These are wireless ear pods will not be in your iPhone 7 box but can be purchased separately at around £159.  The come in a small charging case and will automatically connect to your iphone  as soon as you put them in your ear.  The Air pods can do a lot of cool stuff that I will talk about later.

Apple dropped the 16GB version in this new flagship.  The iPhone 7 phones start at 32 GB all the way to 256 GB so you can store all your images, movies, apps e.t.c with no worries.

The iPhone 7 has a 12MP camera at the back and a 7MP HD front facing camera.  These cameras have been re-engineered to add optical image stabilization that helps to reduce blur from motion and shaky hands.  The flash on the iPhone 7 is 50% brighter that the iPhone 6 and adjusts according to the color temperature of the environment, resulting in sharper, more brightly lit photos.

The iPhone 7 plus has two 12MP cameras at the back.  Wow! The same 12MP wide-angle camera that’s on iPhone 7 works with a 12MP telephoto camera.  This means you will get a higher quality zoom from farther away. Up to 10x for photos and 6x for video.

Yes! The new iPhone 7 and iPhone 7 plus will be shipped with ios 10 installed.  They say it’s the world’s most advance mobile operating system.  Your call on that one!

The lightning to headphone jack adaptor will come with your new iphone but incase you loose it,  you can buy one at any Apple outlet for $9

The Air pods will not be in your iPhone 7 or iPhone 7 plus box.  They can be bought separately at $212