Skip to content
Posted by Muniu November 14, 2017 under how to

If you are a late night tweep, you know that that bright white background of the default Twitter web interface can cause eyestrain if used for long. Twitter introduced Night mode in the Android and iOS apps a while ago but the feature was not there on the web interface.

Twitter,  realizing a lot more people are using the Twitter website late at night, were compelled to add the ‘Night mode’ feature on the web interface. The feature basically turns Twitter’s background to black and the text to white.

This will generally reduce the amount of blue light reaching your eyes which causes eye strain and lack of sleep. This feature was announced in September 2017 through a tweet.

You can now enable night mode on https://t.co/fuPJa3nVky! ? Also available on Twitter for iOS and Android. https://t.co/9AjOwcv3Zn 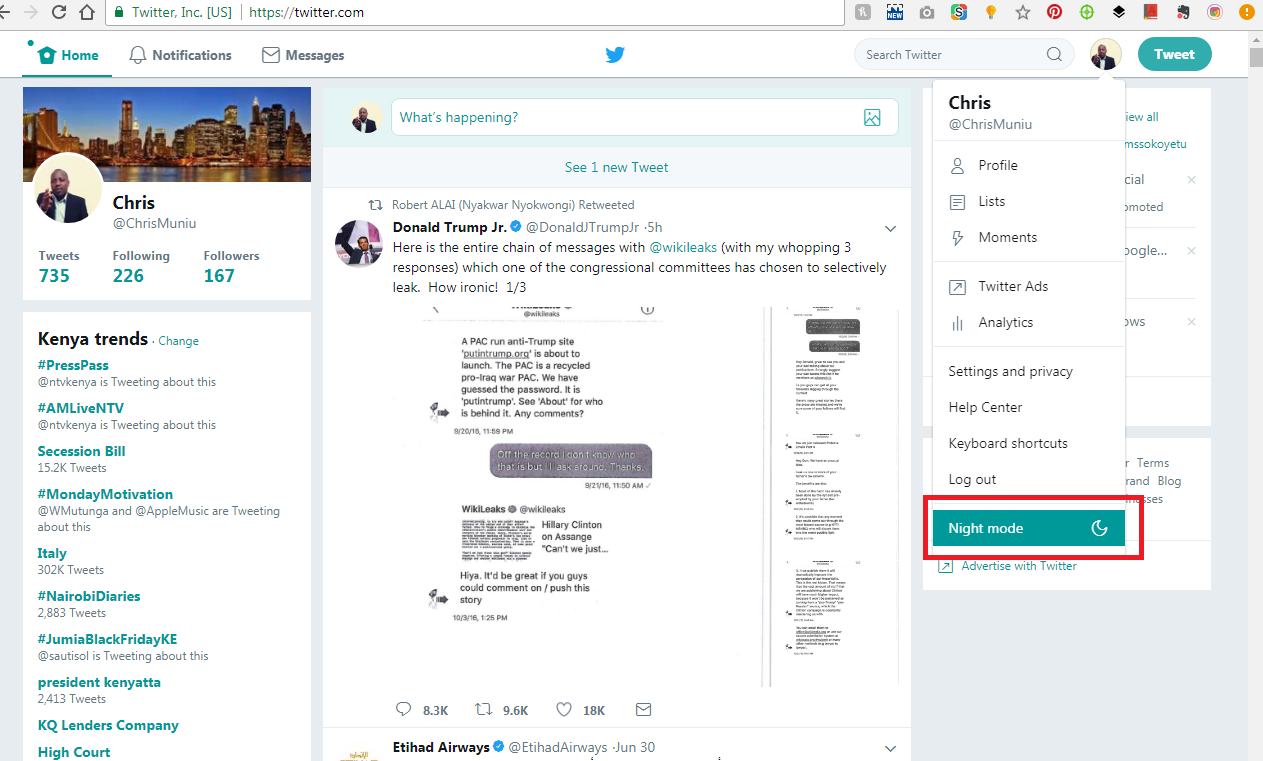 This feature definitely needs some improvement to make it more intuitive and customizable.  Some people would want to have night mode automatically adjusting when it starts getting dark.  Some would want to adjust the level of brightness for themselves. But for now that’s all we have.