Skip to content
Posted by Muniu February 14, 2017 under how to

Heavy Twitter users usually have third party Night mode applications on their smartphones that reduce light at night to reduce eye strain in the dark. Sometimes though,  anyone can find themselves wanting to use Twitter a little longer than normal in the night and you need to reduce that lighting to protect your eyes from that glare.

While reducing your screen brightness helps to reduce the amount of light,  Twitter have come up with Night mode feature for the Twitter app on both Android and iOS. This feature not only reduces light but integrates into the applications interface to darken any unnecessarily bright colors.

Twitter night mode turns the predominantly white background of the Twitter app to navy blue and the text white. At night, this will relax your eyes as you tweet away into the night.  While the feature has been around for a while for Android users,  iOS users have had to wait a while. It’s in better stage now and I’m positive it will be rolled out in one of the updates very soon.

Launch the Twitter application on your device. Tap on your profile picture and from the menu that slides out, use the Night Mode switch to turn it on or off. 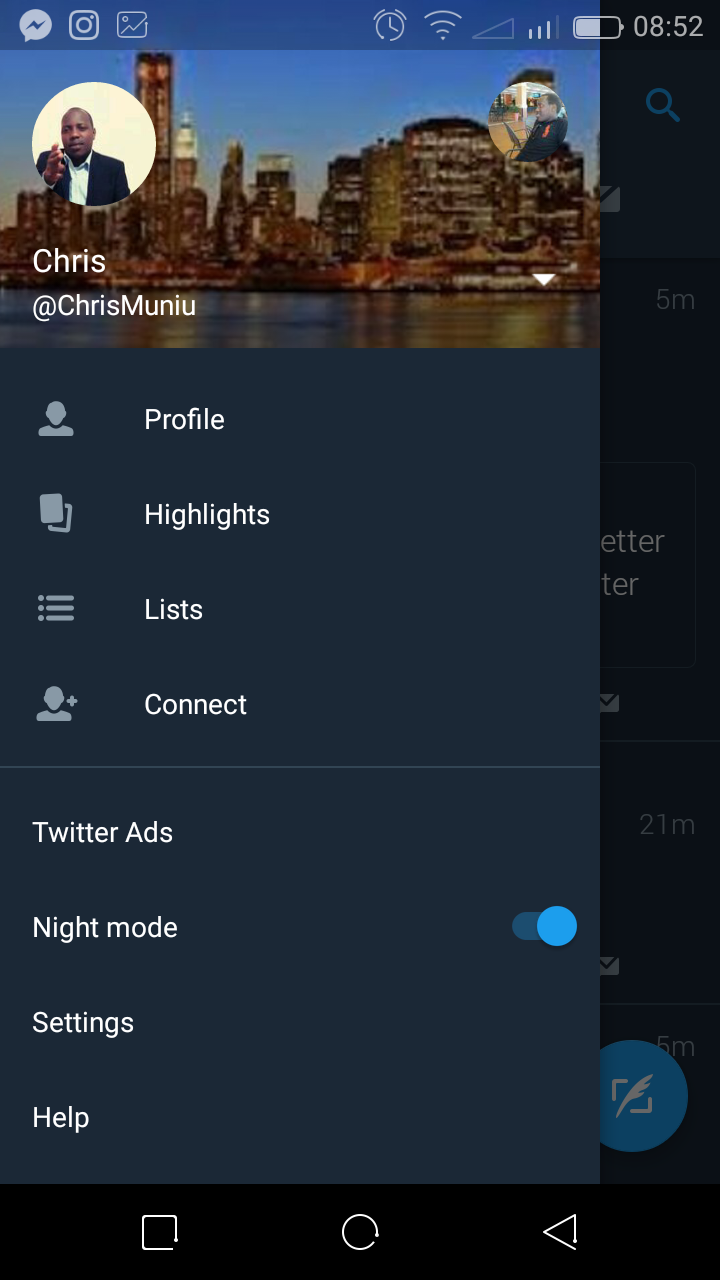 Personally,  I use the night mode feature day and night.  I find it very easy on the eyes even during the day. No one is stopping you.