Airpods are the best choice of high quality functional earphones without a doubt. But even as good as they are, they are not for everyone. First they cost $160 which is ridiculous but consistent with Apple products, then, they only have one design and one fit.

Some people’s ears are wider than the Airpods while some have smaller ears that you have to actually squeeze these expensive gadgets into the ear. No flexibility whatsoever.

But according to an Apple patent that was granted in December 2018, Apple seems to be keen on making changes to come up with perfect Airpods.  First they want to make symmetrical Airpods that are actually interchangeable instead of having one specifically designed for either the left or right ear. They will basically be interchangeable airpods.

These Airpods will have biometric sensors so advanced, that they will be able to detect which ear they have been put in. The Airpods will also be able perform heart rate monitoring and take body temperature measurements, among other health-related metric tracking. 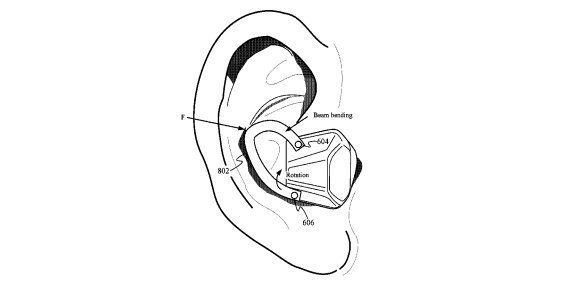 According to images in the patent, the Aipods might also have a small wing tip which makes them usable in any ear size. This will make the Air pods more universal and appeal to more people.

Part of the Patent application reads:

Apple hopes this new generation of Airpods will be on sale by 2020. This will streamline the already excellent first generation Airpods and the second generation ones we expect later this year. I wish they would be compatible with Android phones but we all know that’s a wild dream.