Sending out spam or having fake accounts is the number one reason for account suspension by the Twitter team. For spam,  you might get your account back if you appeal and you’re lucky because they’re very strict on this particular subject.

Coming back from this suspension is difficult.  You can appeal and if you’re lucky,  you’ll get your account back. 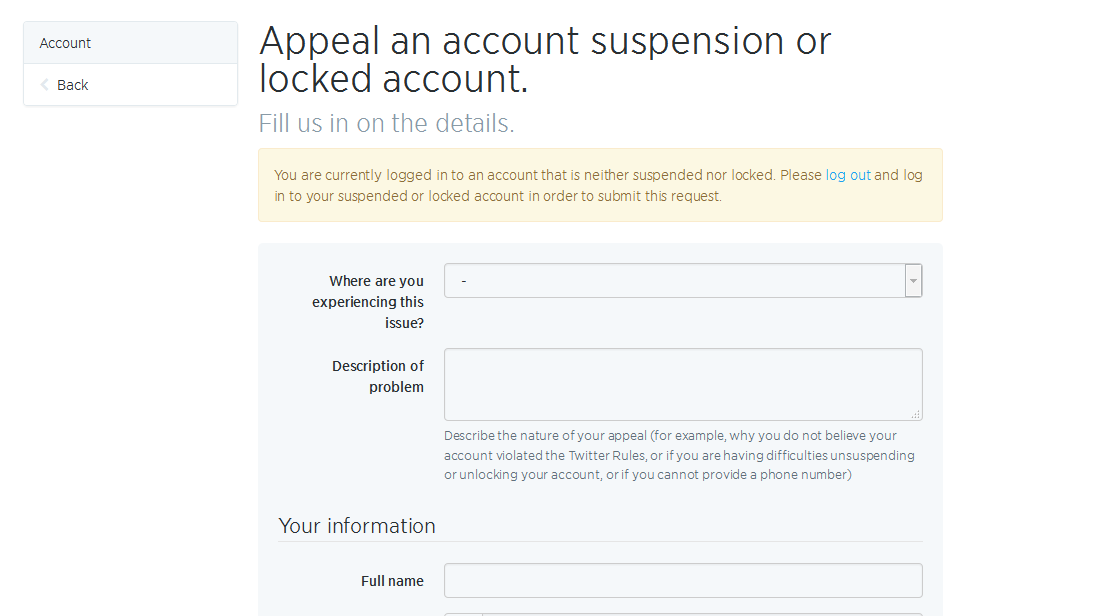 Fill out the form well. Try to be as polite as possible even if it was a mistake on their part.  Trust me, you care more about your account, tweets and followers than they do.

Tip: In the Email address section,  try to use the address associated with the suspended account.  If you can’t access that email,  use another email address that you can access.  Replies to your appeal will be sent to that email.

You will wait a few days up to a week or so for a response from the Twitter team.  Keep replying to any questions asked until your account is reinstated.