Skip to content
Posted by Muniu February 14, 2017 under explained

If you stayed with Windows 7 or Windows 8 when there was a chance to install Windows 10 for free,  you might be wondering if it’s still a good idea to get windows 10 especially now that you have to pay for it.  I will not make the Windows 10 upgrade decision for you. 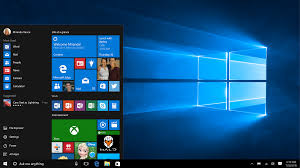 I will however tell you some of the key improvements the ones who made the move found in Windows 10 and you will make up your own mind. Windows 10 had several additional features as well as modification of the already existing features.

The Start Menu:  Everyone was complaining about the removal of the traditional start menu in the start button when Windows 8 launched. As expected,  it’s back and it’s better in Windows 10. The menu returned together with additional

Cortana: Not only was Windows 10 desktop search improved, you can now search for apps and documents in your computer with Cortana. Cortana is your Windows 10 assistant like Google Now or iPhone’s siri. She’ll help you get things done and set reminders for you and so much more.

Central Notification Center: Other prominent operating systems like Android,  Mac OS and Linux have had a central point where you can read all your notifications. It’s been a long time coming but Microsoft finally did it in Windows 10.

Microsoft Office Gets Touch Support: If you used Microsoft office on a Windows tablet, there were difficulties in navigation and general usage if you didn’t have a mouse plugged in. Now all the Microsoft office app can detect when you unplug the mouse and automatically start responding to touch commands.

Improved command prompt:  For the command prompt people, the interface gets more flexible and modern in Windows 10. You can now resize the cli window and use the common copy paste keyboard shortcuts.

Improved Multi Window multitasking: In Windows 10,  you can create multiple desktops and divide different jobs you are doing. You can switch between different windows at any time.

Continuum: A dictionary definition of continuum describes it as a continuous sequence in which adjacent elements are not perceptibly different from each other, although the extremes are quite distinct. In Windows 10,  the entire operating system and the apps will work as usual whether in a tablet or PC. If you have a tablet, then the operating system is fully controlled by touch commands and when you plug in a mouse and keyboard, it will turn into desktop mode and respond to the desktop and mouse.  This gives the OS a sense of continuity regardless of what device you’re using Windows 10 on.

X Box App: Windows 10 includes the latest version of Microsoft’s graphics API. This means Windows 10 users will soon be able to play any Xbox One game on your PC or tablet, with the Xbox app for Windows 10.