Skip to content
Posted by Muniu February 14, 2017 under explained

LED stands for Light Emitting Diodes which is the new technology in Televisions, monitors and bulbs.  Efficiency and durability were the main attributes of LED lights but up until a few years ago,  their prices were astronomical. 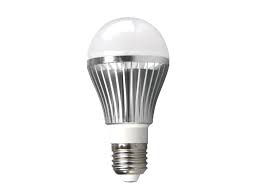 Now everyone can buy LED lights (bulbs) for their houses the their cars but do the really last as long as they tell us? Claims from different LED bulb manufacturers indicate that these bulbs have an average lifespan of 25,000 hours.

If you assume the bulbs stay on for roughly 8 hours a day,  this translate to around 8.5 years. Can these bulbs really last this long? Answer: It Depends! Multiple tests have revealed these numbers are attainable but it heavily depends on how the users take care of the bulbs.

Before we look at some of the factors that affect the lifespan of LED light bulbs, lets see the differences in technology with the older Incandescent and fluorescent variants.

Incandescent bulbs are the bulbs that were in every homestead and car a few years ago.  These bulbs contain two wires inside.  In between the two wires is a filament. Current comes in through one wire,  through the filament and leaves through the other wire. In the process the filament heats up and glows to produce light.

CFL or Fluorescent bulbs also have two wires on either end of the tube.  Inside the tube is argon vapor and mercury which conduct electric current.  When electric current passes through these vapors, they emit light.

How To Maximize The Lifespan of LED Lights / LED Bulbs:

How long are the LED Light on continuously? No matter how little, led bulbs also produce heat. All electronics produce heat. Therefore, not leaving the bulbs on unnecessarily helps to cool the bulbs and allow them to last longer.

Don’t mix LED lights with Incandescent light in the same room or bulb holder.  When the Incandescent bulbs produce heat, they will heat the LED bulbs and reduce their lifespan.

The more watts an LED bulbs can produce,  the more the circuitry inside the bulb heats and this might reduce the lifespan. If you don’t need to much light in a room e.g. bedroom you can go for the lower wattage bulbs.