Skip to content
Posted by Muniu April 29, 2016 under Windows

The Microsoft team has done a great job of improving the Windows experience by releasing new versions every now and then.  These versions often come with improved efficiency, user interface and general performance.

Have you ever wondered which version and edition of operating system is running on your computer?  You should know.  It is important to know. This information is there in every operating system’s System Info.

Microsoft has a page on their website that will tell you explicitly which version of operating system you are using.  Although it does not say anything more,  it is a quick way of finding out.

Winver.exe is an executable program in all versions of windows including the very old Windows XP.  This command will give you info on your operating system version and edition.

From the start menu,  type winver.exe and clic Enter.  In Windows 8,  start typing winver.exe on the start screen and run the command.  In Windows 10, you can use Cortana’s search field to enter winver and then, either press Enter on your keyboard, or click or tap on the winver search result.

A small window called ,About Windows’ will appear  showing you the version ad edition of your operating system. 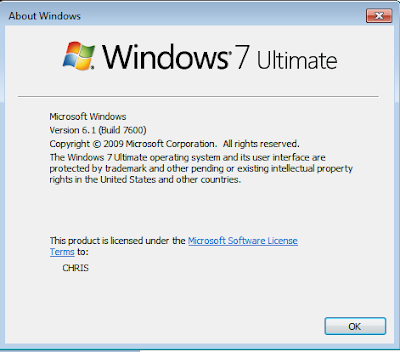